I caught the audio bug after recording my first demo with a band I was playing guitar for in South Florida in the early 90's.  After graduating high school I put the band on hold and left for Ohio to attend The Recording Workshop and quickly decided I loved the audio side much more than the performing side.

Upon my arrival back in sunny Ft. Lauderdale I began freelance work doing quick demos for young local bands until finally landing my first job for an indie label (A.R.T. Records) and recording/mixing an e.p. for death metal band Royal Anguish. After that project I recorded and mixed a few more projects for the A.R.T. label, most notably an e.p. for the band Nonpoint Factor, who are known now as Nonpoint and have released many major label releases.

Other wonderful artists I've had the opportunity to work with include: Bloodline (featuring a young Joe Bonamassa), Aerosmith (pre-production demo's for the songs"Amazing" and "Pink"), Brian Howe (Bad Company), Naked Rhythm (Massacre Records), Hear Here (Avexx Japan), Get Some Crew (Da Phat House Records), and others.

In the early/mid-2000's I decided to take a break from the creative side of the industry and moved over to the business side of things (as well as a move from Florida to South Carolina in 2006).  In 2010 I began doing some live sound and small recording sessions again and began to wonder why I even stopped in the first place.

Since then I've continued doing various projects (mostly mixing) and came to the conclusion that I needed to start offering my years of experience on a broader scale once again. Reformata A/V was born.

As of March 2019 I've relocated back to South Florida and reopened in Broward County in July. 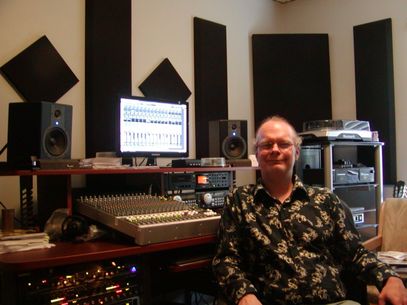 Be sure to join us at the following: